Aurangzeb was the Ruler of the Mughal empire from 1657-1707. During the 50 plus years of his rule, Aurangzeb conquered several kingdoms throughout India. One of the Kingdoms he conquered in the southern region of India was the Golconda Kingdom. Aurangzeb made Aurangabad, a city named after him, as the Capital of the annexed Golconda kingdom.

After the death of Aurangzeb, the Mughal Empire began to disintegrate as Aurangzeb’s sons could not control the huge empire their father left behind. At the same time, the British Empire were consolidating their position by conquering different parts of India.

Qamaruddin Asif Jah had been appointed by the Mughals to be the Governor of Golconda Kingdom. In the year 1724, Asif Jah declared independence and became King of the erstwhile Golconda Kingdom. The new kingdom was now known as the Asifia Kingdom and was ruled by Asif Jah until he died in 1748.

Hazrath Shah Abdul Gafoor Siddique Chinaki was a religious scholar who lived in Ahmedabad, Gujarat in the 18th century. His ancestral lineage traces back to Hazrath Abu Baker Siddique (R.A.). He had two sons named Abdul Khader Siddique, Mohammed Jafer Siddique. Both of his sons studied medicine and were also religious scholars.

Qamaruddin Khan Asif Jah I was very much influenced by the scholarly knowledge and teachings of Hazrath Abdul Gafoor Siddique. He expressed a desire to have one of his two sons sent to the Asif Jahi Kingdom.
​​​​
Abdul Khader Siddique, Mohiud Daula I

During the decade of 1750, Salabath Jung was the ruler of Asifia Kingdom. Hazrath Shah Abdul Gafoor instructed his eldest son Abdul Khader Siddique to go to Aurangabad, which was the Capital of the Asifia Kingdom. On arrival at Aurangabad, Abdul Khader Siddique participated in religious discussions and many people were influenced by his knowledge. News of his arrival was reported to Abdullah Khan who was the Subedar (Governor) of Aurangabad and also to the ruler himself, Salabath Jung.

Politically, Salabath Jung’s government was unstable and shaky. There was an ongoing rivalry between British and French troops to gain control of his Kingdom. Abdul Khader Siddique was offered a position of Director of the Department of Religious Affairs (Nazim Umoor-e- Mazhabi) which he accepted.

​​After becoming the ruler and securing the stability of his government, Nizam Ali Khan confirmed the appointment of Abdul Khader Siddique as the Director of the Department of Religious Affairs. Abdul Khader’s younger brother, Mohammed Jafer Siddique, moved to Aurangabad to assist him in discharging his responsibilities.

On the advice of Nizam Ali Khan, Abdul Khader Siddique was married to Jamila Begum who was the daughter of the Governor of Aurangabad, Abdullah Khan.

He would now be known as Hakeem-ul-Hukma Khader Yar Khan Mohiud Daula and Nizam Ali Khan granted several Jagirs to him as well.

Khader Yar Khan Mohiud Daula died in the year 1775, leaving behind two sons. The eldest son was 8 years old and the younger one was 7 years old. Mohammed Jafer Siddique was appointed as the new Director of Religious Affairs Department. It was also during this time that the Capital of the Asifia Kingdom was being moved from Aurangabad to Hyderabad.​​​​​

Jaffer was allotted a Dewdi (Residence) near Charminar Pathergatti. The entrance had an Arch with a fish and that’s why today it is known as “Machli Kamaan”. After Jafer Yar Khan Mohiud Daula, the title of Mohiud Daula and the position of Director of Religious Affairs Department became ancestral and continued for five more generations. It is quite possible that this is the only family of Hyderabad Deccan which had an ancestral title and a high position like Director of the Department of Religious Affairs that passed through seven generations.​​​​​
​​
Izzat Yar Khan, Mohiud Daula III

After the death of Izzat Yar Khan, his eldest son Ahmed Yar Khan was given the responsibility of the Director of the Department of Religious Affairs and the titles of Mohiud Daula IV and Hakim ul Hukma. Ahmed Yar Khan was born in the year 1804. He was married to Bibi Amtul Fatima who was the daughter of a Sufi Saint/Scholar named Hazrath Syed Ali Razvi Almadni. The shrine of this scholar can be found in a locality in Hyderabad named after him, “Syed Ali Guda”. Ahmed Yar Khan was also the Royal Court Physician and had four sons named Mohammed Yar Khan, Nabi Yar Khan, Habib Yar Khan, and Rahman Yar Khan. Out of these four sons, Habib Yar Khan (Habib Ali Shah) is well known for being a Scholar and Hafiz ul Quran. He adopted a very simple way of life and had thousands of disciples from all over India.

When Rasool Yar Khan died in the year 1895, he was succeeded by his eldest son Izzat Yar Khan. Izzat Yar Khan was given the responsibilities of the Director of the Department of Religious Affairs and the titles of Hakim ul Hukma and Mohiud Daula VII. With the titles, his full name became Hakim ul Hukma Izzat Yar Khan Mohiud Daula VII. Izzat Yar Khan had three brothers named Mahboob Yar Khan and Hyder Yar Khan and Aziz Yarkhan.  Two of his brothers also received titles. Mahboob Yar Khan was granted the title of Nawab Rasul Yar Jung. Hyder Yar Khan was given the title of Nawab Ahmed Yawar Jung.
​​​
With the start of the 20th century, there was a move by the government of the Nizam to abolish the practice of hereditary occupations and titles. At the same time, the Department of Religious Affairs was also reorganized. Beginning around 1920, an official of the Civil Service now assumed the responsibilities of the Director of Religious Affairs. Over the course of 165 years and spanning six generations, this important responsibility lay with the Yar Khan family.

For the remainder of his life, Izzat Yar Khan retained the titles of hakim ul Hukma and Mohiud Daula VII.

Nawab Ghouse Yarkhan is the son of Nawab Ahmed Yawar Jung.  He had 3 sons, Qutub Yarkhan, Qamaruddin Yarkhan and Mohammed Yarkhan. Qamaruddin has been living in Chicago for the last 40 years and Mohammed Yarkhan has been living in Toronto over the same time period.  Even though they have been living outside of Hyderabad for a very large portion of their lives, they have still maintained a strong bond and connection to their history, culture and roots.  In order to maintain those three important things, they have created this website.    ​​​​
© 2018 Yarkhan Family of Hyderabad Deccan 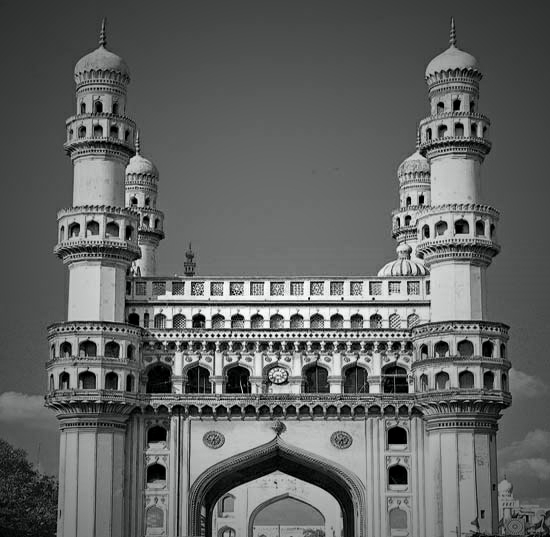 Information contained above was taken from the following sources:

Tareek-e-Shamsia is a book that contains detailed information about the history and family tree of the Yarkhan family. The book is not available in the market. We are thankful to grandchildren of the author of this book Mrs. Mohammadi and Mr. Mohammed Shujauddin Siddiqui for allowing us to spend time with this rare book. 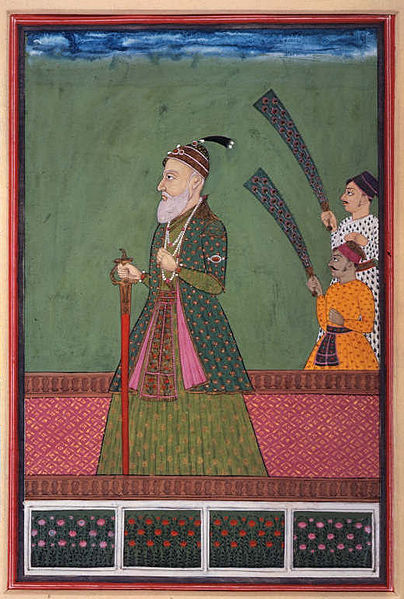 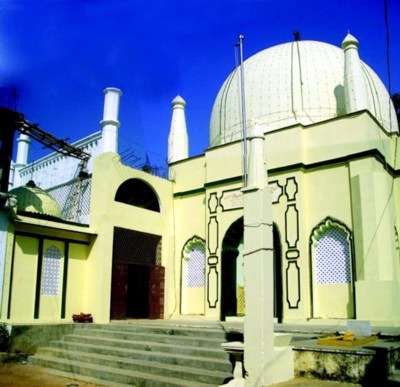 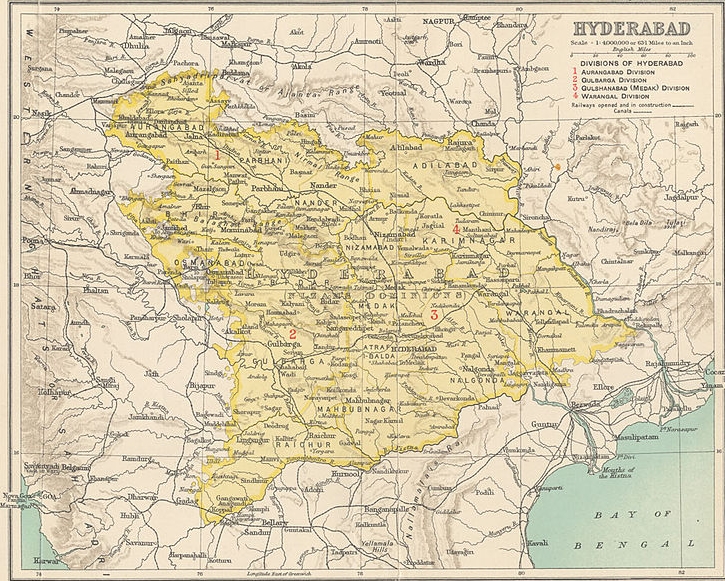 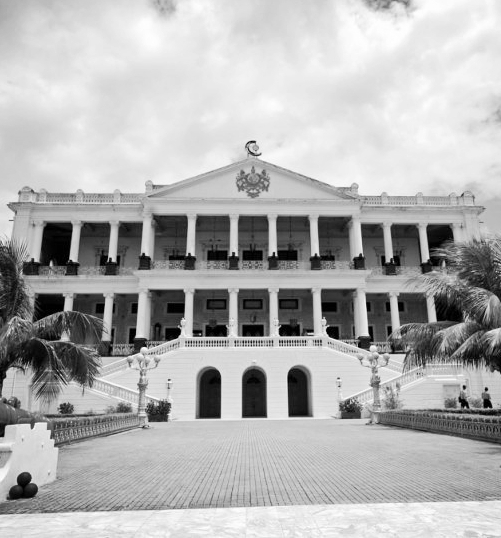 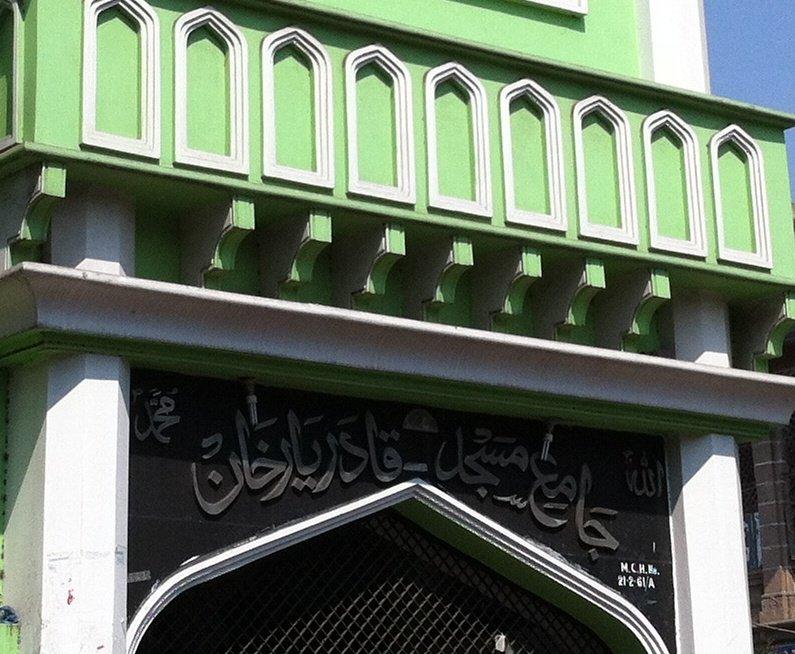 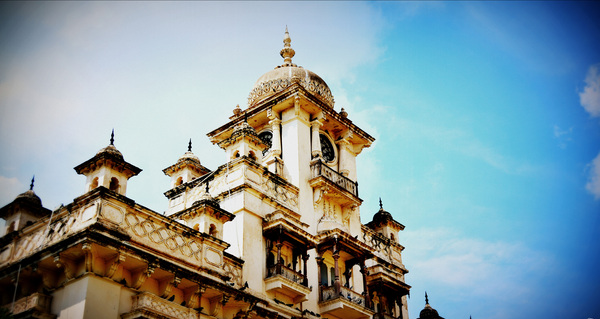 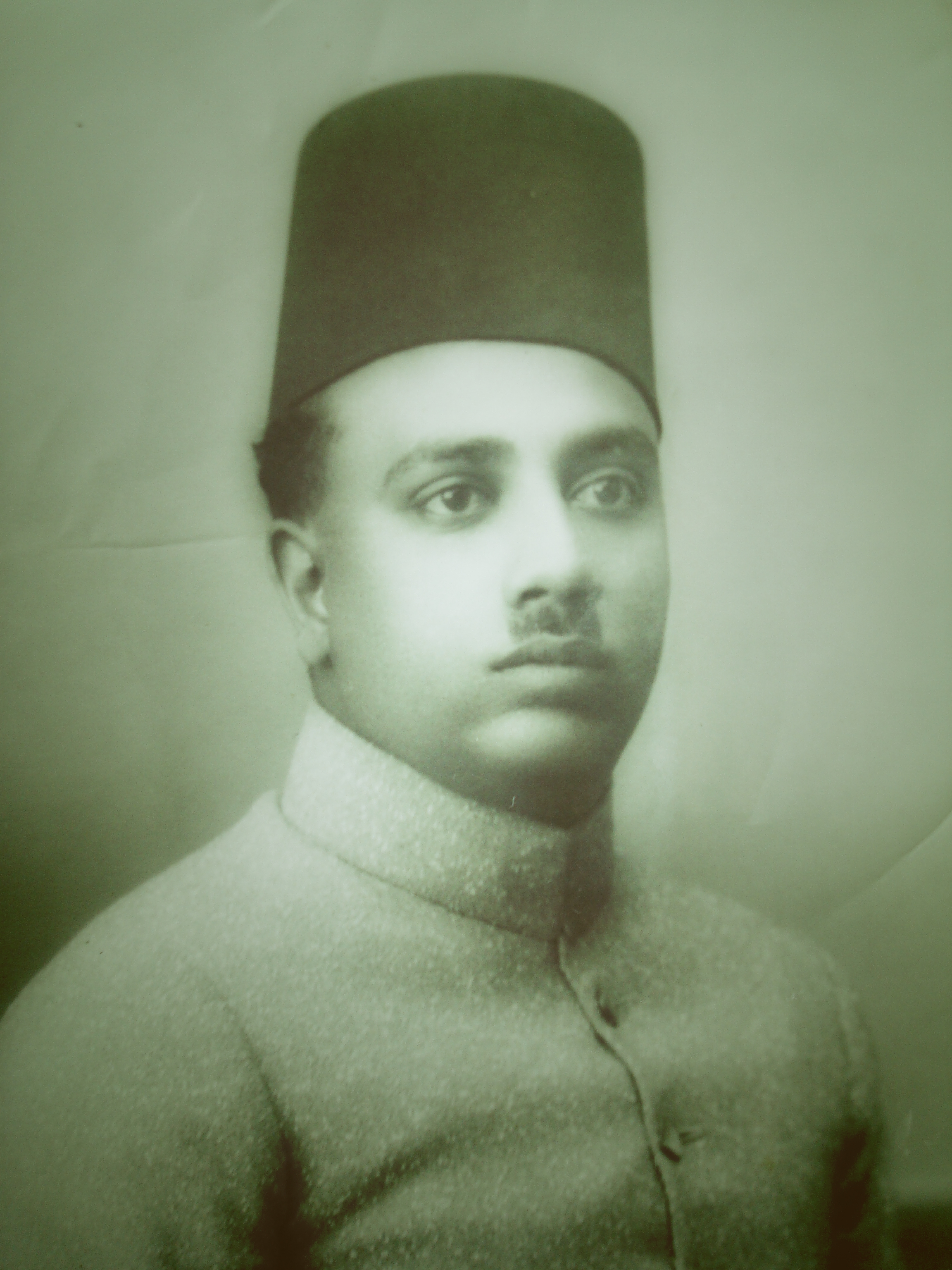 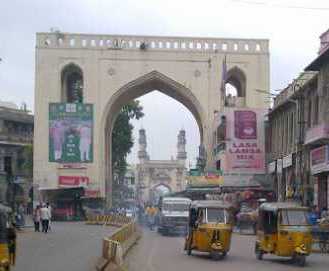 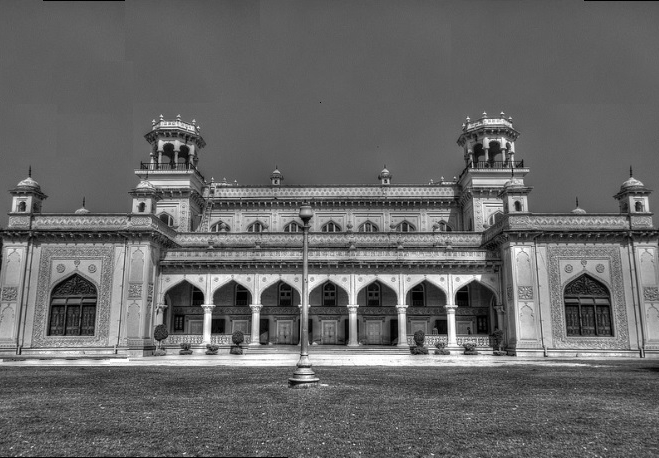 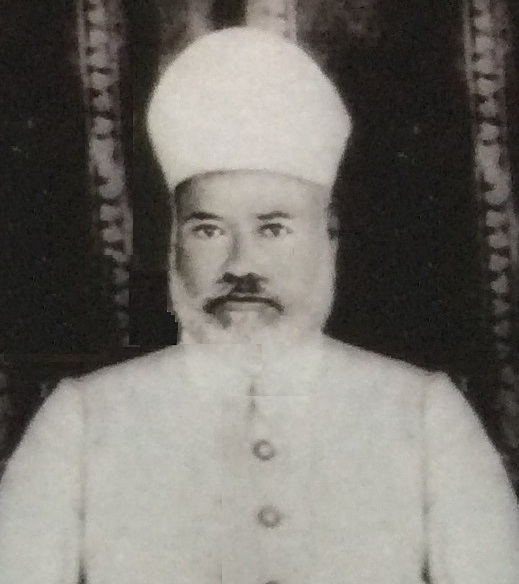 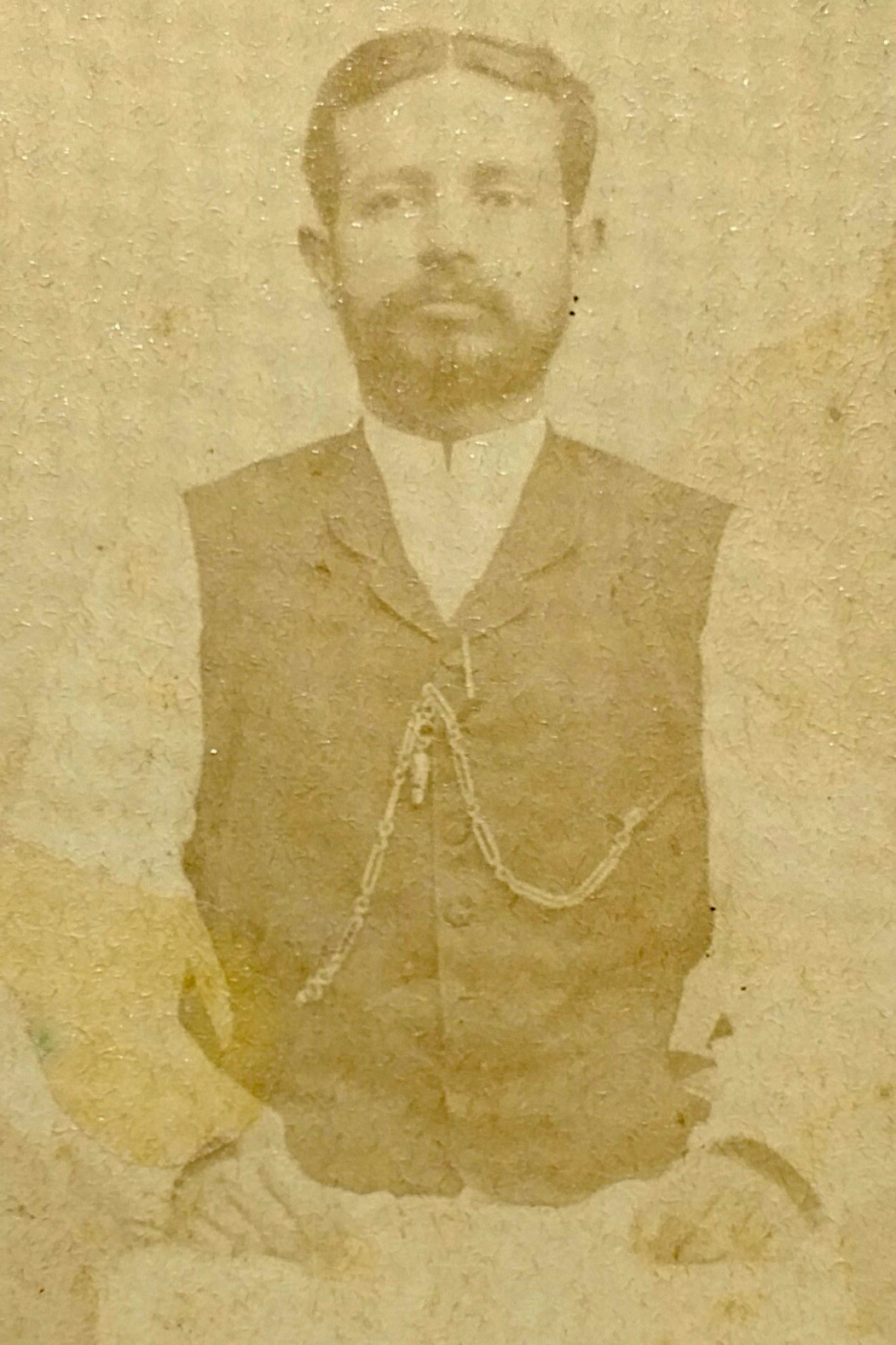 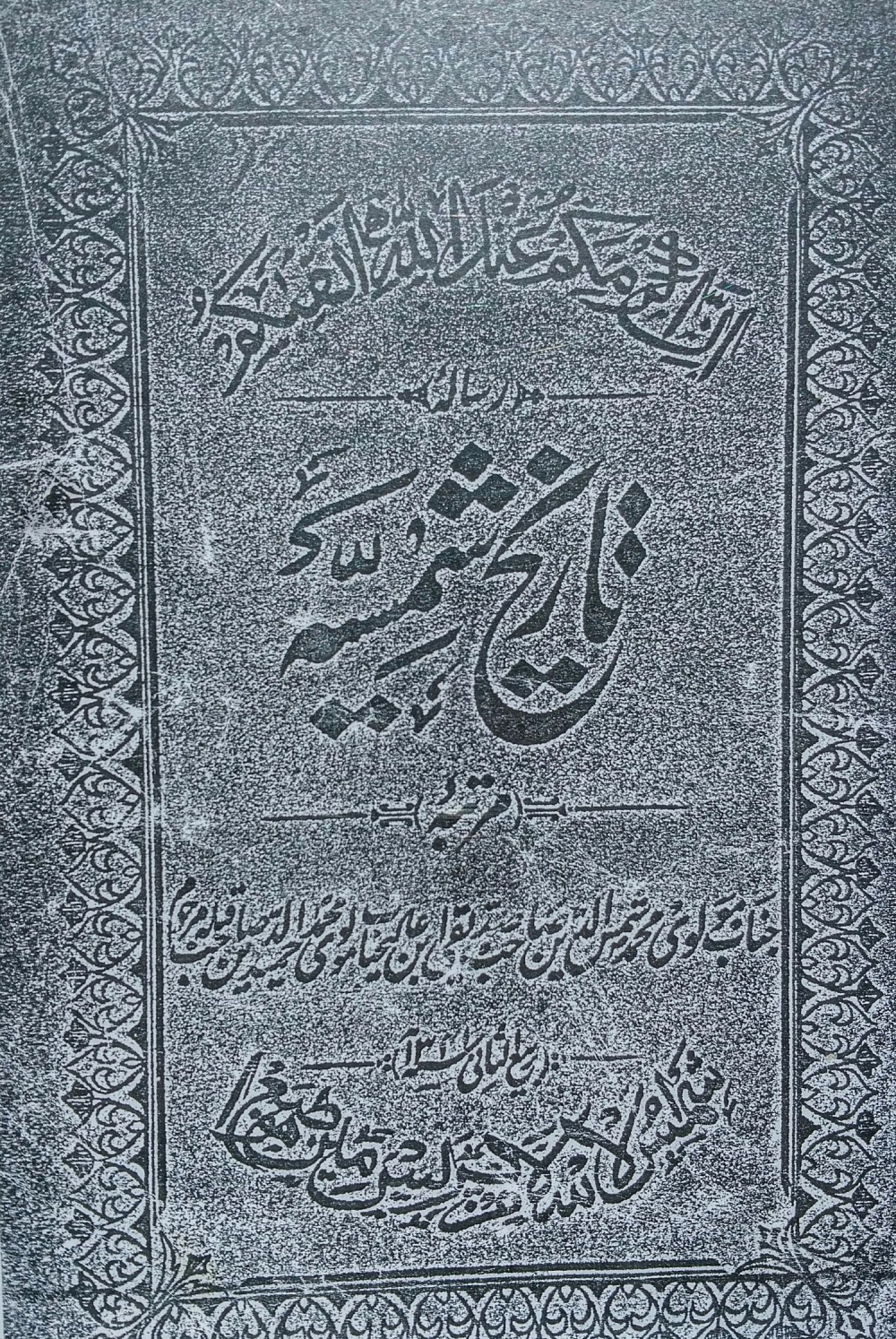 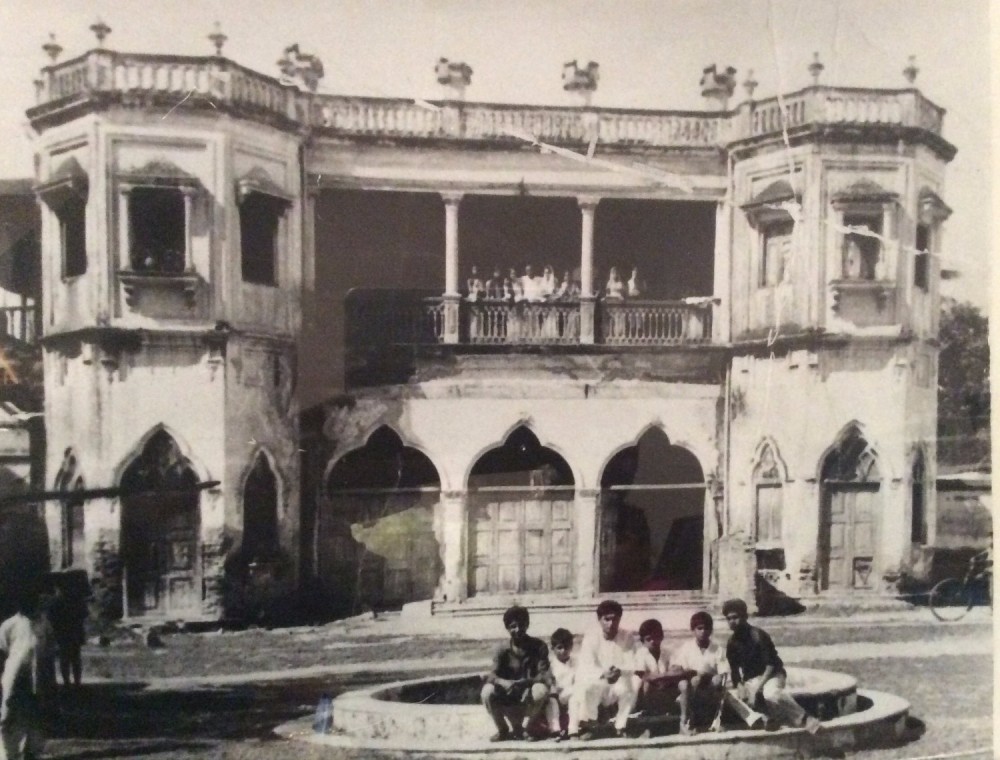